Carrie’s family has been vacationing in Arch Cape, Oregon for almost 50 years.  For the last few years Geoff has joined them.  Legend has it that while agate hunting last summer Geoff called for Carrie to come see a good agate that he found.  Much to her surprise the agate turned out to be a ring and Geoff asked her to marry him.  A year passes and I can’t think of a better place to photograph a wedding than on a beach on the Oregon coast that is so rich in family tradition and wonderful memories.

The weather on the Oregon coast can be strange.  Elissa and I stayed not far away in Seaside Oregon.  On the morning of the wedding upon leaving the hotel it looked like a scene from Steven Kings The Mist, the fog was thick and the sky was gloomy.  A quick five minute drive south however and the sky was clear, sunny, and 10 degrees warmer.  Unfortunately by noon the haze and fog rolled in and their ceremony was cold and gray.  It did have a bit of a mystical feel to it though, as if it was a wedding in a cloud.  At one point it seemed like Carries veil was going to blow away and I think she might have been approaching early stages of hypothermia, but you wouldn’t have known at the time.  Both bride and groom were so caught in the moment that I don’t know that they could feel anything other than pure joy and excitement.

Not long after the ceremony the sun came back out, the temperature rose and there was an amazing glow that made for some gorgeous portraits.  After dinner and cake the entire wedding crew headed back down to the beach for a bonfire while the sunset.  Carrie and Geoff changed into some warmer clothes including hoodies of their beloved teams, the Oregon Ducks and the Nebraska Huskers and sat by the warm fire.

I can’t really describe how fortunate I felt to be a part of their wedding and I only hope these pictures can begin to depict how great the day was.  An Oregon coast wedding is a beautiful thing to take in. 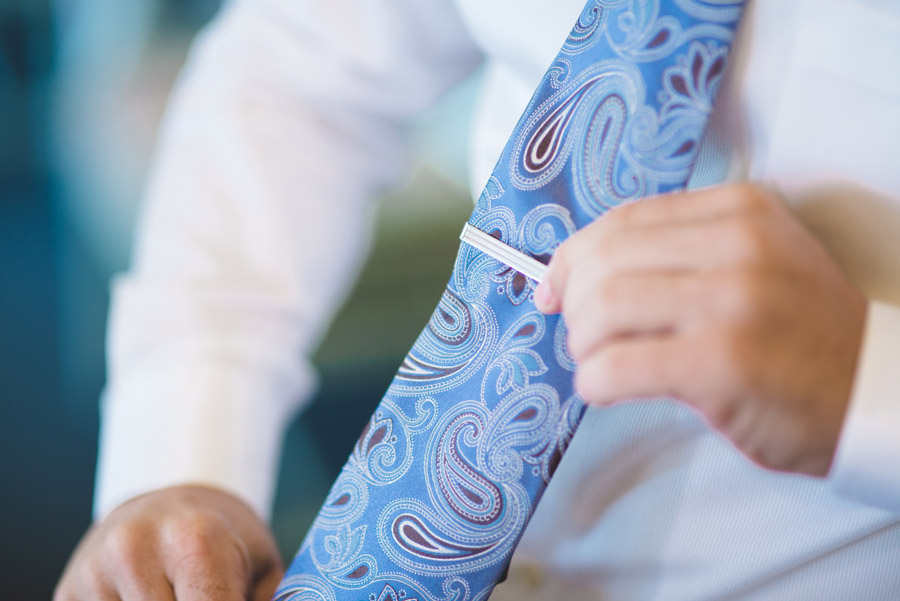 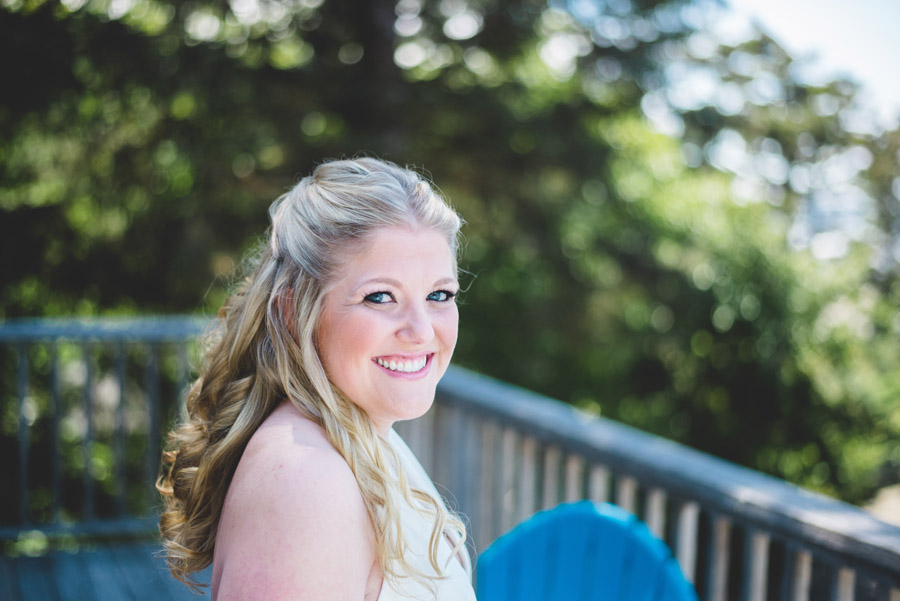 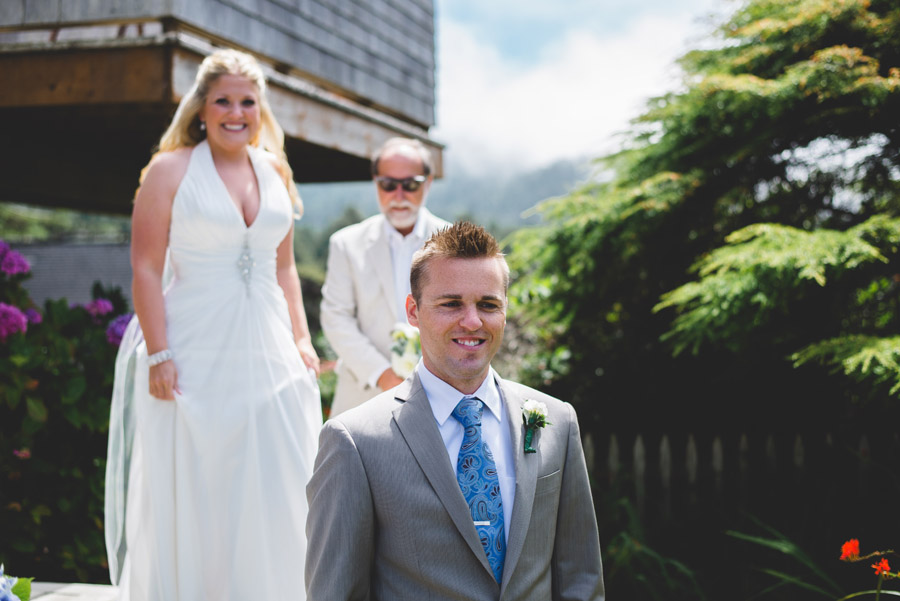 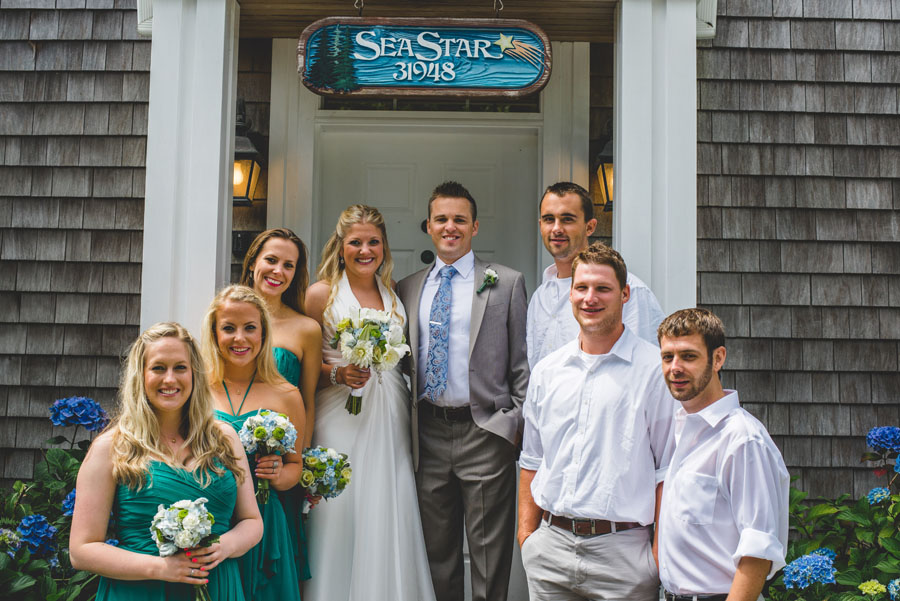 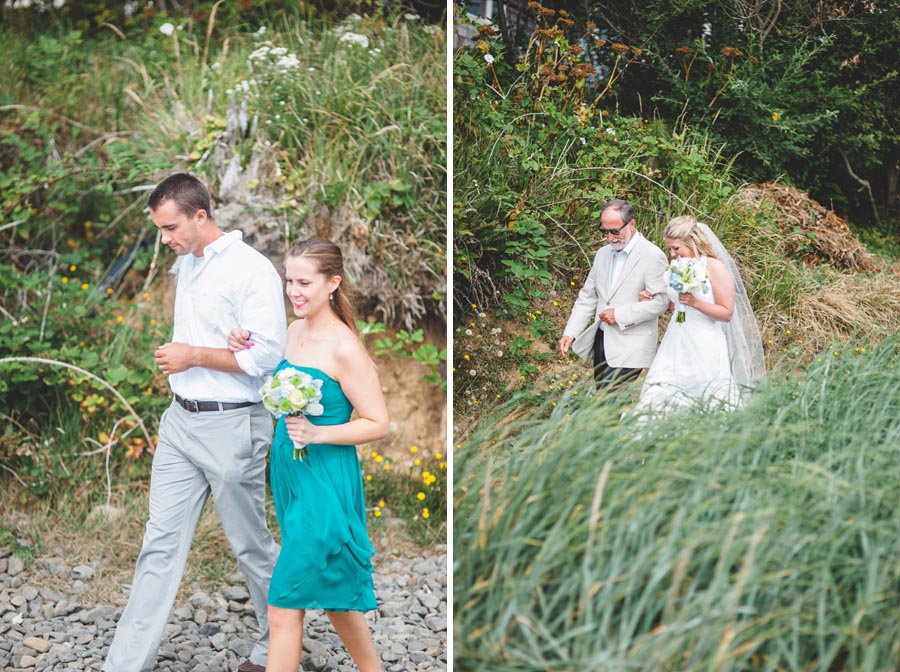 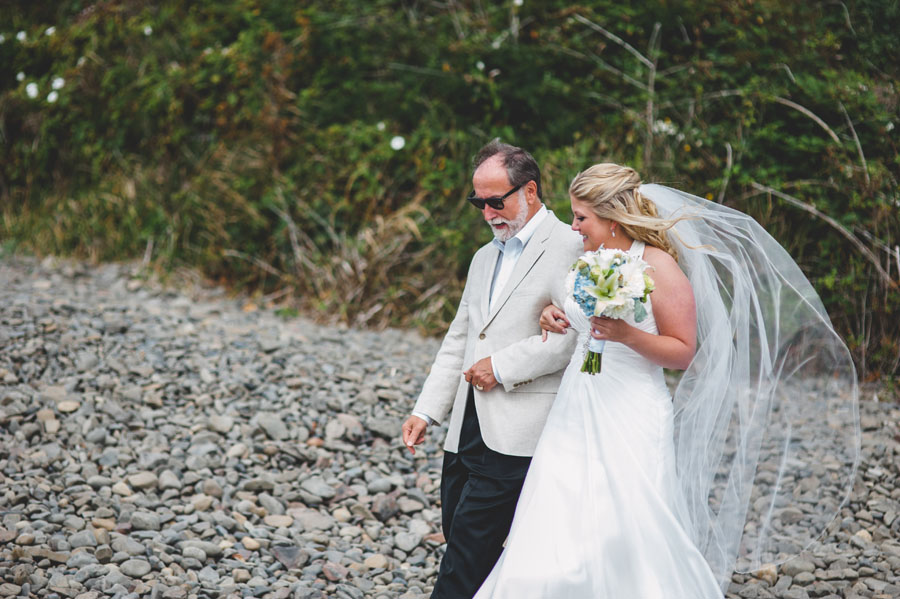 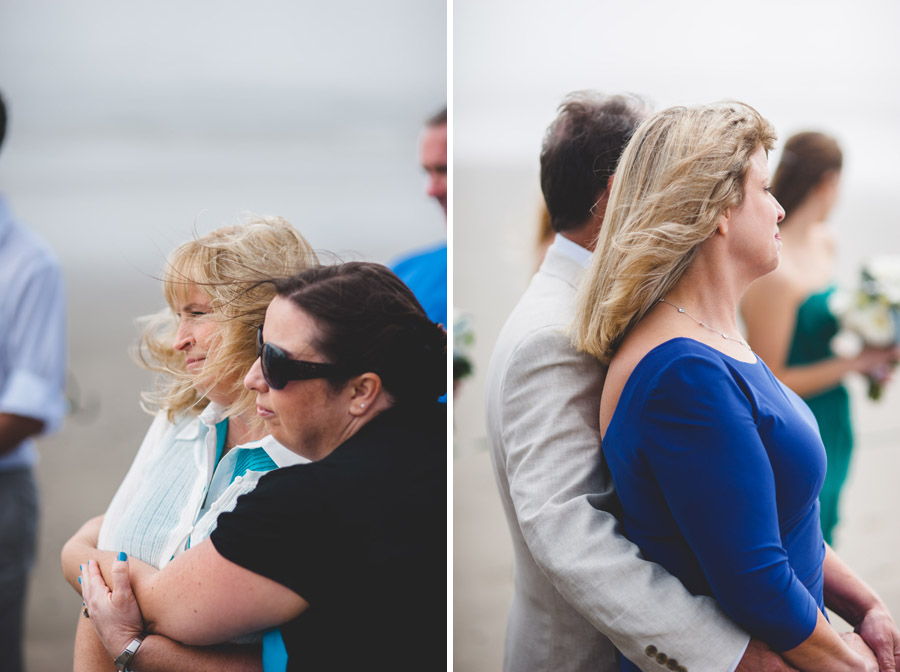 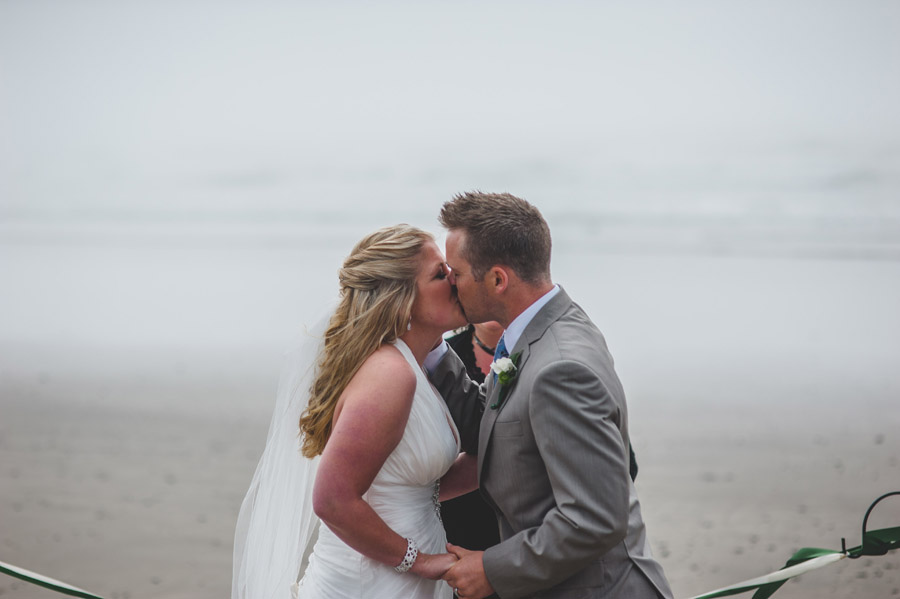 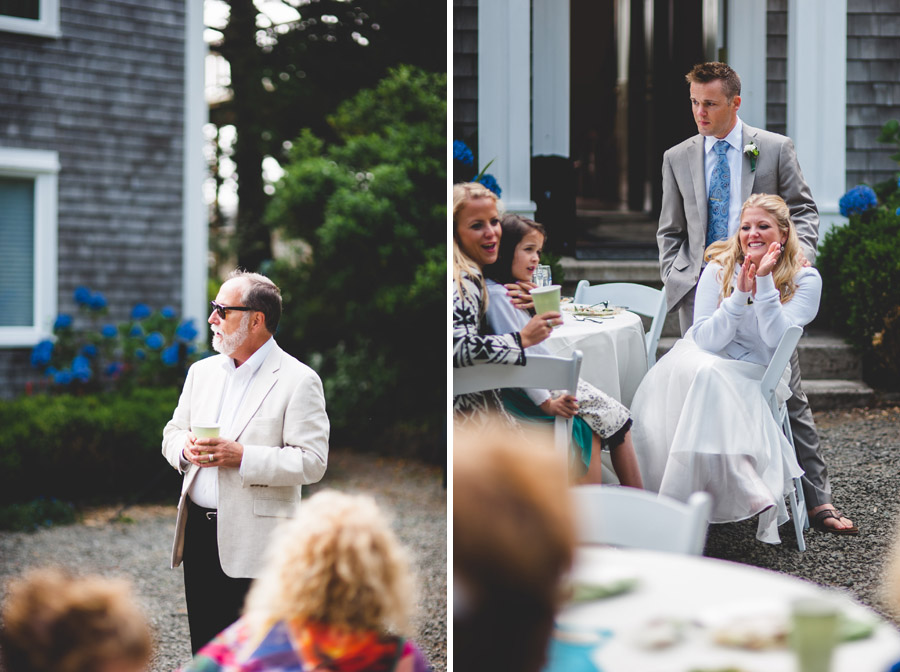 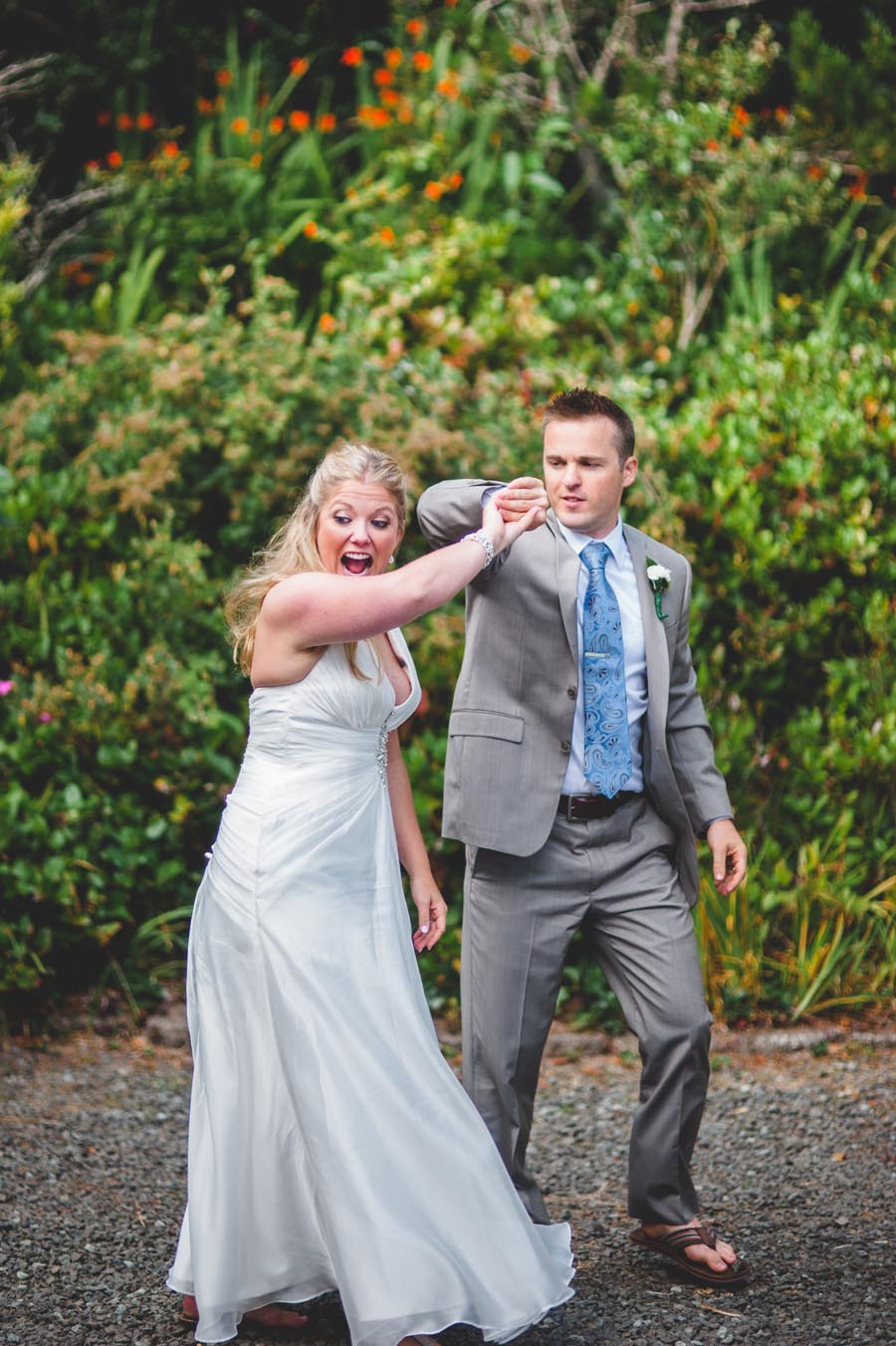 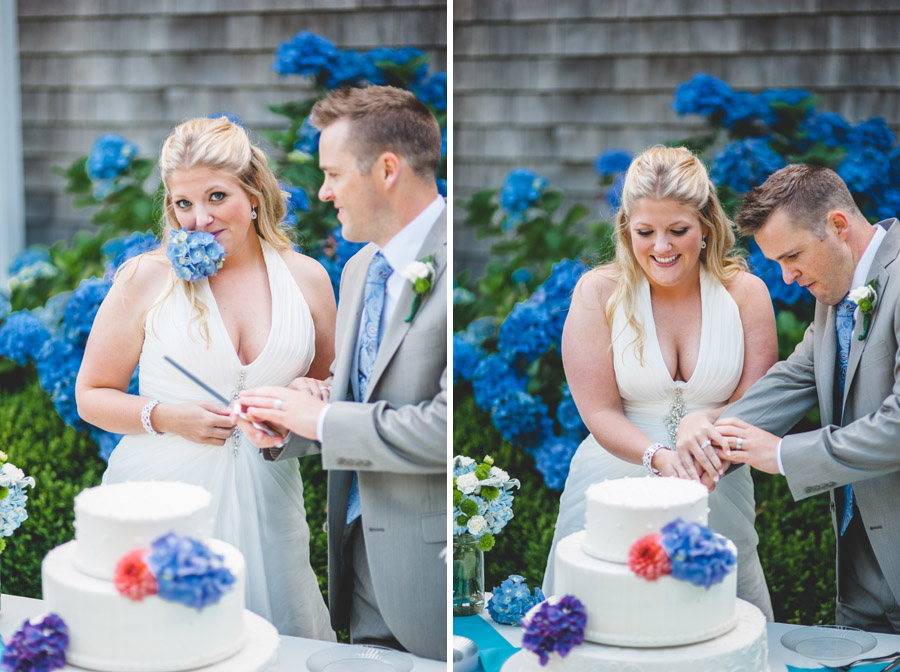 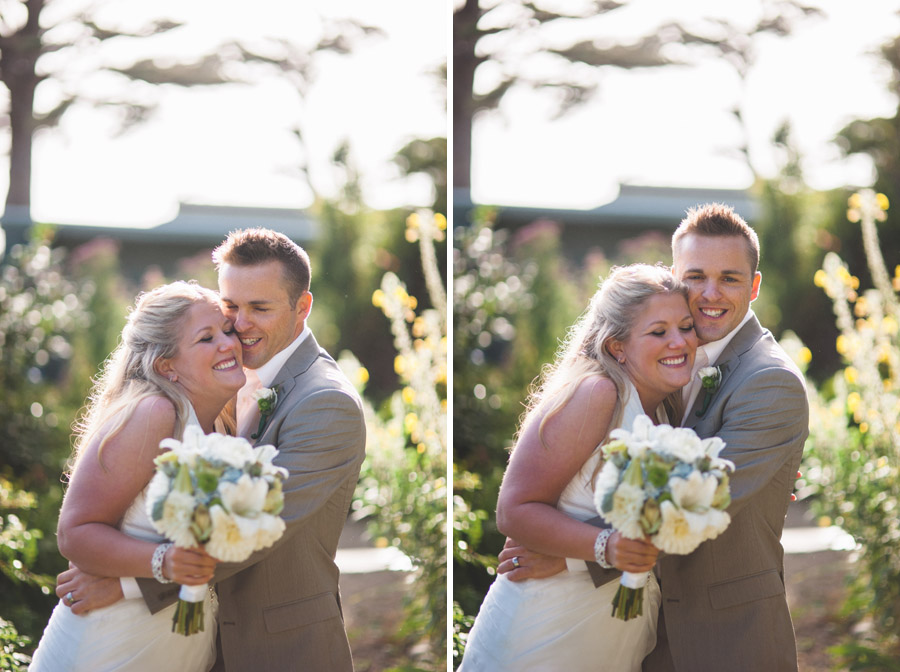 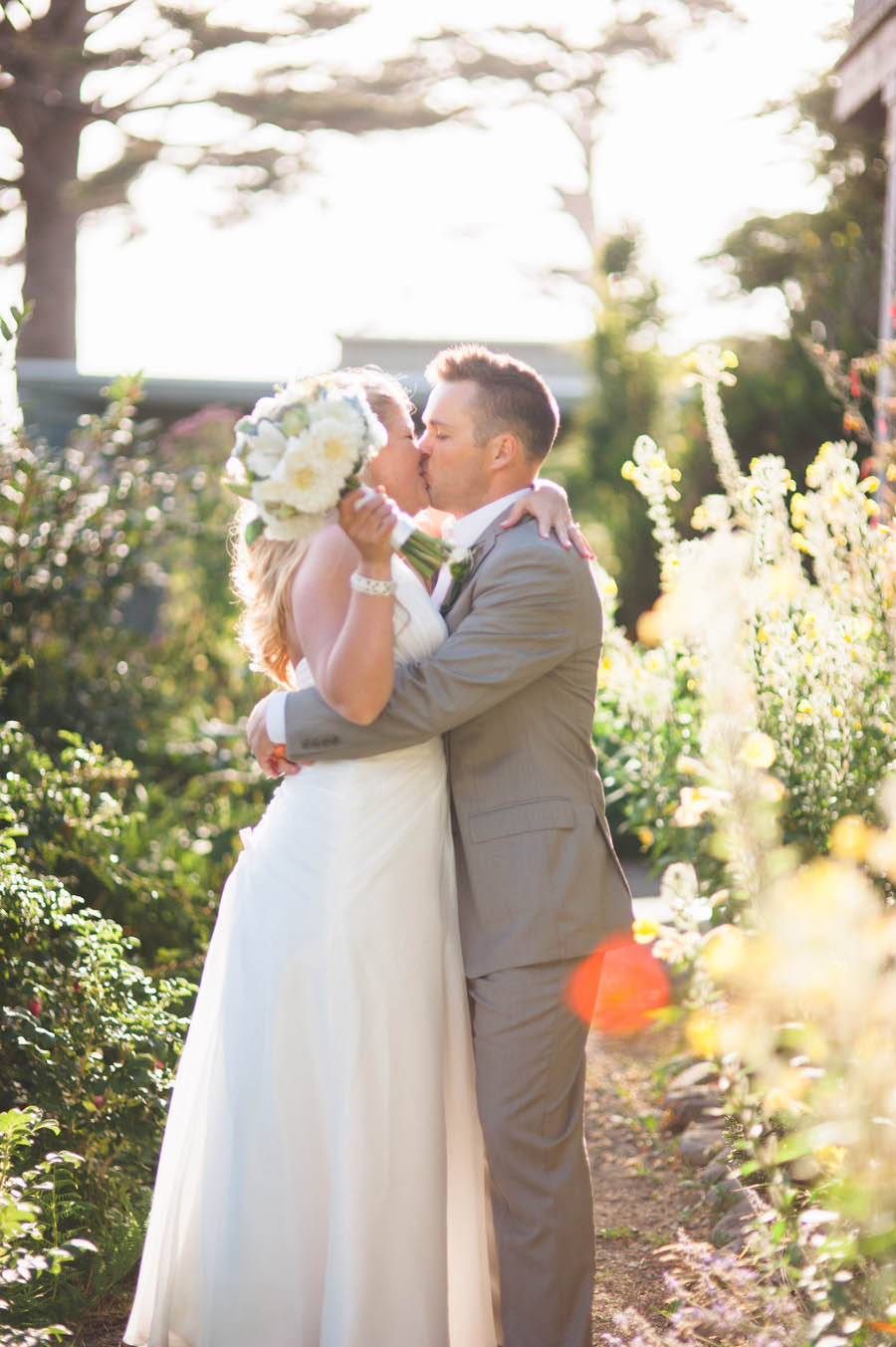 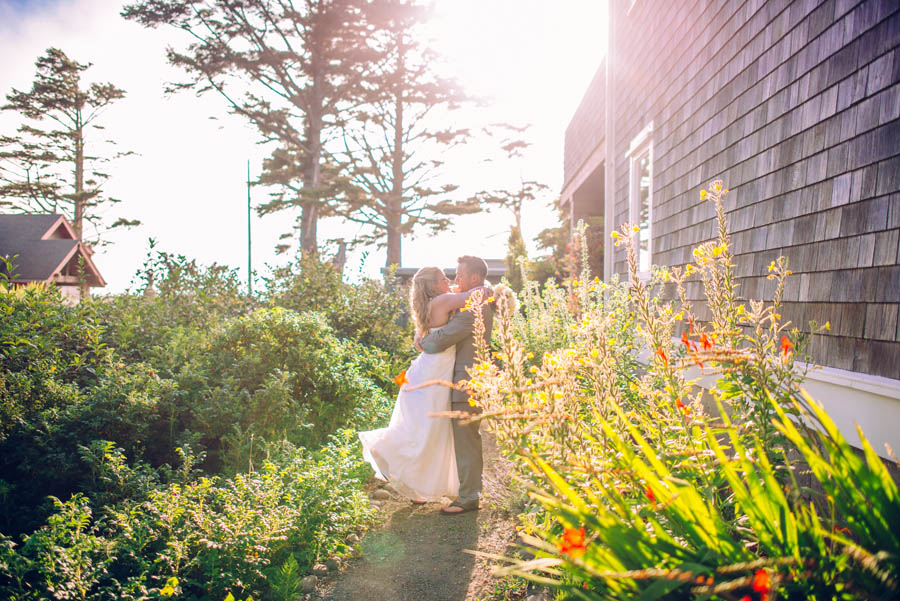